How to Read Wine Labels

Wine labels contain quite a bit of information, some of which is crucial to understanding what’s inside the bottle, and some of which is simply there to draw the eye of the consumer. Here’s a quick guide that will explain what to look for on a wine label, as well as what to ignore.

When you’re looking to grab a quick bottle of wine on the way to a party, the last thing you want to do is stand in the aisle of a store and figure out how you can decipher a wine label to make sure you’re getting the wine you want. Who has time for that when you’re running late and your girlfriends are waiting for you – and the wine – to get the party started?

Instead, take just a few minutes to familiarize yourself with the basic components of a wine label now. That way, when you’re in a hurry, you’ll know exactly what you’re looking at and looking for in a great bottle of wine.

Basic Components of a Wine Label

There are a lot of different things on wine labels. A lot. Sometimes it feels like a bit of a game to try to figure out what it all means. What’s important and what’s not? What’s there just to catch your eye and what’s meaningful information? Nobody has time to play that game so let’s cut to the chase. Here’s what you need to know about basic wine labels.

It sounds like some way to level up in your favorite video game, but the terms old world and new world actually refer to the region of the world where the wine originates. Old world refers to the historic winemaking countries of Europe like France, Italy, Spain, and Germany. New world refers to all of the winemaking countries outside of Europe, including the United States, Argentina, Australia, and New Zealand. So while you’ll likely never see the words “old world” and “new world” written anywhere on a label, wine bottles are often labeled differently based on whether they’re old or new.

The thing you usually notice first on a wine label is typically the name of the winery that bottled the wine, sometimes called the brand name. Examples include “Evening Land” or “Silver Oak.” Often the brand name is prominently placed on the top or center of a label precisely so that it is the first thing that you see. Lots of wineries design colorful labels to catch your eye, while some labels are more stylized and feature the winery name on the bottom or side of the label. It’s harder to see but becomes distinctive once you know what you’re looking for. Wine label design is practically a whole industry on its own, so we’ll just let you know that there are experiments and theories to try to put the perfect label on a bottle to entice you to buy it.

Quick side note: there are some wine labels that only display a proprietary wine name such as Dom Perignon, which is a branded wine made by a larger wine company. For example, the Champagne producer Moët & Chandon is the maker of Dom Perignon, but you will likely only see Dom Perignon listed on the label.

Sometime winemakers use fancy words to describe simple things. No need to Google these words. We can tell you that varietal refers to the kind of grapes used to make a wine and appellation refers to the specific location where the grapes are grown. New world wines (remember – anywhere but Europe) are labeled using varietals, so they have names like Chardonnay or Pinot Noir. Old world wines (the Europeans) use appellation to label their wines, so they have names like Chablis, which is a village in France.

That info is enough to help most of us buy better, but advanced wine drinkers take it a step further. They learn the laws regarding the allowed grape varietals and the production methods in various wine-producing regions. By doing that, it’s possible to tell what a wine will taste like before you even purchase it. For instance, the specialty of Chablis is a white wine made from unoaked Chardonnay grapes, but nothing you read on the wine label will tell you that. You would just have to learn about the appellation-specific production methods in the Chablis. Now you know that there’s no magic involved, just an understanding of what the odd words mean.

All labels tell you where the grapes come from that made that particular wine. Sometimes you’ll only be given a large region, like the state or even the country it originates. Sometimes, the label will tell you the exact vineyard in which the grapes grew. Generally as the source of the grapes narrows, the quality and price level of a wine will increase.

The old world wines, the ones that categorize a wine by appellation or location where the grapes are grown, will often put the name of the vineyard next to the region in which it’s produced. So when you see, for example, “Chablis Les Clos,” you know that the wine comes from the Les Clos vineyard in the Chablis region of France.

You may only know the term vintage as it relates to the cute throwback dress you got for your next party. But wines are also labeled vintage or non-vintage. We know what that means in the fashion world, but what does it mean in the world of wine?

The vintage of a wine refers to the year when the grapes used to produce a bottle were harvested. Don’t confuse that with the year that the wine was bottled and released. They’re often not the same thing. Weather, climate, and other variable can greatly affect the way a wine tastes, so even wine produced in the same vineyard can taste different from one year to the next. This is why you’ll hear wine critics saying that the same wine from the same producer can be better or worse depending on the year. Pay attention to the year.

Wines labeled non-vintage (NV) or multi-vintage (MV) refer to wines made with grapes that were harvested in multiple years and blended together to make a single batch of wine. This is most commonly seen in the production of sparkling wine, when grapes will be selected from multiple harvests to ensure a consistent style over time as well as a consistent production level regardless of the quality of any particular year.

Want more clues about the style and taste of the wine? Check out the ABV. That little percentage can tell you a lot about a bottle of wine. Most old world appellations prohibit alcohol levels higher than 13.5%, meaning the wine from Europe is usually lighter-bodied, less fruity, and higher in acidity.

The ABV in the new world tends to be higher. Grapes ripen more fully in warmer climates, which is where many of the new world wines originate. Warmer weather = high alcohol levels (up to 16-17% in dry wines) and fuller bodied, deeper colored, and fruitier flavored wines.

Other Information on a Wine Label

Okay. So now you have the basic 411 on wine labels. That’s definitely enough to impress your friends. But we’re just scratching the surface on everything listed on that one little label. If you want to move beyond wowing your friends and increase your knowledge to Jeopardy!-winning levels, read on.

A vineyard and a winery are not the same thing, although many people think they are. Those people are wrong. A winery is a production facility where wine is made, while a vineyard is a physical site where grapevines are grown. When you see the words “estate bottled” on a label, it means that a wine was grown and made on a single estate property. In contrast, if you see the word “negociant” on a label, those are wines whose producers purchase grapes from vineyards they do not own and use them to make wine.

If there is an extra word that’s used on a wine label, it would be “reserve.” It sounds great and elite, but it really tells you very little about the wine in the bottle you’re buying.

In the old world, the term reserve can indicate that a wine was aged in barrel or bottle for a specific length of time. But since the requirements for this designation vary by country and appellation, you aren’t really learning much when you see that word. In the new world, the term has no legal meaning at all. None. So producers are free to use the term as they choose. When you buy a reserve wine from anywhere other than Europe, your guess is as good as anyone else’s as to what it means.

“Veilles Vignes” literally translates to old vines. Why would you care about the age of the vines? Because grapes harvested from older vines tend to have more concentrated flavors. Delicious tip, right? But again, there is no legal definition for the term “old,” which leaves a lot of room for interpretation. In fact, “old vines” can actually be anywhere from 15 to 115 years old. Since we’re going to assume that wines taste different when they come from 15-year-old vines vs. 115-year-old vines, that’s a wide margin of unpredictability when it comes to taste.

What in the world is a sulfite? Glad you asked. A sulfite is a preservative used in wine and other foods because of its antibacterial and antioxidant properties, which help to keep a product fresh.

That all sounds good, but since sulfites in wine are widely thought to be the cause of headaches or allergic reactions, it’s not all good news. In reality, a glass of orange juice has approximately ten times the amount of sulfites as a glass of wine, so sulfites in wine likely aren’t causing the issues for which they’re being blamed. However, sulfites continues bear the brunt of the fault and as a result, the phrase “contains sulfites” is required by law to appear on the label of any bottle of wine that does indeed contain sulfites and which is imported or produced within the United States.

Congratulations! You’re now a much more informed wine label reader. There’s no certificate for learning all of this. Knowledge is your prize. Well, knowledge and more friends because who doesn’t appreciate having someone in the group that can always find the perfect wine for any event?

If you’re interested in learning even more about wine, its history, and those crazy labels, check out our guide to the history of wine. 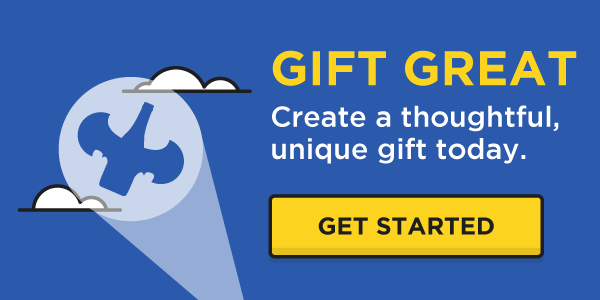