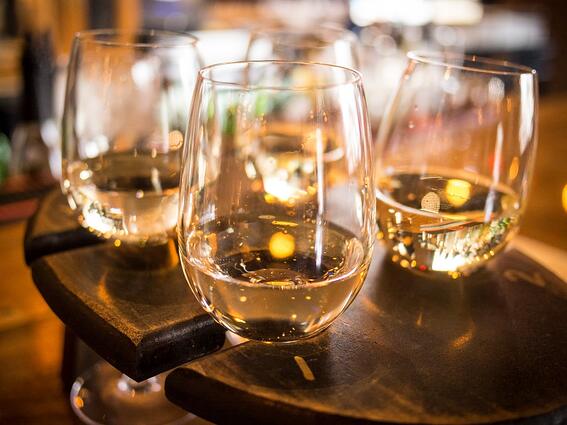 The end of the week is almost here and if you have no energy to do anything except open a bottle of wine, put on some comfortable clothes, and throw on a movie. The hardest part of that equation is figuring out what movie to put on. We have compiled a list of the top 10 movies for wine lovers, so you don’t have to do anything more but sit back and relax!

Two men reaching middle age with not much to show but disappointment, embark on a week-long road trip through the famous Santa Ynez wine country in California just as one is about to take a trip down the aisle. (Source: imdb.com)

The film revolves around how a lesbian couple’s adopted children make the decision to track down and meet their birth father. This movie has a great storyline, as well as a talented cast. What’s more, the wines mentioned throughout the film serve as the perfect backdrop for the movie as a whole. (Source: imdb.com)

Bottle Shock is about the famous true story of the “blind” Paris wine tasting session in 1976 and the early days of California winemaking. Alan Rickman stars as a wine shop owner in Paris who instigates the blind tasting test in order to make Parisians aware that quality wines were available all over the world. (Source: imdb.com)

A comical tale told by documentary filmmakers from four distinctively different wineries in Northern California wine country. The film is centered around a prestigious celebrity wine critic and how the different wineries go out of their way to make sure that their wine ends up on his golden palate. (Source: imdb.com)

Russell Crowe plays a British investment broker who inherits his uncle’s chateau and vineyard in Provence after his death. Spending much of his childhood at the estate, he is romanced by the routine of the vineyards and must decide which type of life suits him best. (Source: imdb.com)

A French drama film that centers around the relationship between two fathers and two sons, and the power of passing down a legacy. Paul de Marseul is a passionate and demanding proprietor of his prestigious family wine estate, but has no faith in his son Martin. When Paul’s dying estate manager’s son, Philippe, shows up, can Paul turn against his own blood and turn Philippe into the heir of his family estate? The movie is also available on Netflix, so it is definitely worth a watch! (Source: rottentomatoes.com)

This documentary takes a look inside the life of one of Rock music’s most mysterious and interesting figures. With winemaking in his blood, multiplatinum artist Maynard James Keenan sets out to bring notoriety to Arizona’s burgeoning wine regions. (Source: imdb.com)

After returning from the WWII, Paul and a young woman meet on a bus as she’s headed home from college to help with the grape harvest and face her Old World domineering dad. The woman has not married but is pregnant and she thinks her father is going to kill her. Paul proposes to pose as her husband to help her face her father. When their passion for each other is finally ignited and explodes, they realize they must overcome all odds to be together. (Source: imdb.com)

While on a trip to Paris with his fiancée's family, a nostalgic screenwriter finds himself mysteriously going back to the 1920s every day at midnight. Although this Woody Allen film is focused more on art, there is a fantastic wine tasting scene that makes the movie worth it! (Source: imdb.com)

This documentary focuses on the fastest growing wine-buying market, China, and how the chateaux of Bordeaux struggles to accommodate this appetite.