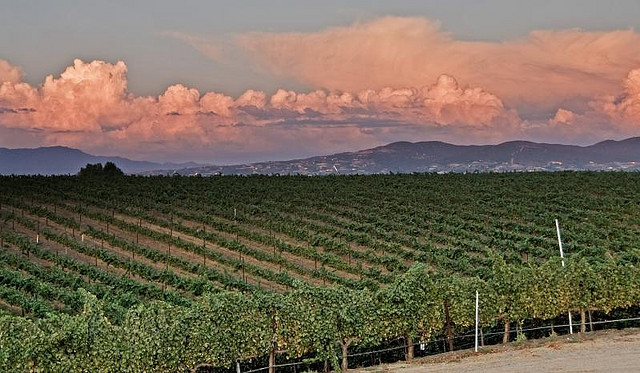 Celebrity oenophilia has long been a tradition. With the money to make their dreams a reality, these celebrities aren’t all that bad at creating some scrumptious wines.

Overlooking the Santa Ynez Valley, Ferguson Crest is a family-run boutique winery. Founded by Pat Ferguson and his daughter Fergie in 2006, the six acre estate utilizes the ingenuity of Ferguson Crest winemaker Joey Tensley (a Food and Wine magazine award-winner whose Syrahs have ranked in the Wine Spectator top 100).

AC/DC The Wine is a unique collaboration between AC/DC and the Warburn Estate. Officially launched in Australia in August 2011, AC/DC wines are sourced from some of Australia’s most popular and established wine regions, including the Barossa, Hilltops and Marlborough regions.

For generations, Bocelli's family has been making wine in Italy, so it is no surprise that Andrea Bocelli would turn to the vine. With help from his winemaker brother Alberto, he's producing an NV Prosecco that has an apple-centric nose, fine bubbles, and biscuity notes on the palate.

SHFT is a lifestyle platform founded by film producer Peter Glatzer and actor-filmmaker Adrian Grenier with a mission to convey a more sustainable approach to the way we live through film, design, art and food. Sourced from Paso Robles, California, and only those vineyards that employ highly sustainable, organic, or biodynamic farming practices, SHFT has embarked on their first private label (2009 SHFT House Wine). The varietals include Grenache, Syrah, and Mourvedre.

Dave Matthews extends his dedication to family farming and environmental awareness to his own wines. He launched Blenheim Vineyards in 2000 on a 17th Century farm in Virginia’s Monticello that he saved from developers. In 2011, he partnered with winemaker Steve Reeder to produce Sonoma’s Dreaming Tree Wines, with the same sustainable approach as Blenheim.

After teaming up with Peter and Rebecca Work, Kurt Russell created his GoGi Pinot Noir. In an interview with Wine Enthusiast Magazine, Kurt Russell talked about his experience with working with Peter and Rebecca, as well as his love for the way Ampelos Cellars farms, specifically, Ampelos being the first triple-certified sustainable, organic, and biodynamic vineyard in the United States.

After planting his own vines in Malibu in 2004, Emilio and his winemaker wife, Sonja Magdevski, launched Casa Dumetz in 2008. Sourcing their organically farmed grapes from the Santa Ynez Valley, Casa Dumetz crafts Viognier, Syrah, Grenache, and Pinot Noir.

Owned by actor winemaker, Gerard Depardieu, the estate was bought in 1989 for 10 million francs. Gerard and his friend and cellar master, Dominique Polleau, operate the 247 acre Loire Valley estate with an annual production of 400,000 bottles per year. Castle Tigne on the estate dates back to 15th century and adds to the beauty of the vineyard.

Purchased in 1997 by Sting and his wife, Trudie Styler, Il Palagio is located in the Chianti region about 45 minutes outside of Florence. Grains, wine, oil, sugar beets, peaches, apricots, and cherries have long been grown on the estate. Sting and Trudie have since opened a farm shop that sells everything grown on the estate and these products are now available for purchase online. Il Palagio makes four different varietals: Message in a Bottle, When We Dance, Sister Moon, and Casino delle vie, which means “little house by the roads” in Italian.

The former New England Patriots quarterback launched Doubleback in 2008 with the goal of producing a premium Cabernet Sauvignon from the Walla Walla Valley. With the help of childhood friend and consulting winemaker, Chris Figgins, the first release of Doubleback 2007 Cabernet Sauvignon was awarded a spot on the 2010 Wine Spectator's Top 100 List.